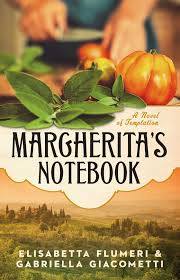 Margherita’s Notebook is about, you guessed it–Margherita.  She’s a young woman who is living in a dismal apartment in Rome with her husband Francesco and her menagerie of pets.  Married for five years, she has moved away from her hometown of Roccafitta  to Rome in hopes of her husband finding his dream job.  Instead, he struggles to find a job and Margherita isn’t doing what she loves most:  cooking.

Margherita finds out her husband has been unfaithful, and packs up her pets and moves back to Roccafitta, her hometown.  She moves back into her father Armando’s home, and is so happy to be back in the town she loves.  Cooking is Margherita’s way of working through problems, and right now she has to find a job.  A chance encounter between an octopus and a very handsome man send her world into a tailspin.  Nicola is quite the hottie; a ruthless businessman, with eyes like chocolate that send a zing through Margherita.  He’s also annoying, and eats frozen food.  Needing a job, Margherita agrees to make suppers for Nicola while he woos local landowners into selling their properties for a huge wine making production.

This is a novel of crisp visualizations, flowery expressions, and lust.  It is very much an Italian novel, and I loved the unapologetic burst of passion, life, and love it sends to the reader.  My only issue was Margherita’s marriage.  It was never discussed with Nicola, and while her husband does make a brief appearance to try and win her back, it seemed that maybe she should have just had a relationship that didn’t work out instead of a marriage.

The cast of characters are lively and fun, and of course there is the woman who wants Nicola–his assistant, Carla.  She’s all business, except when she’s fantasizing about Nicola.  And she doesn’t like Margherita.

I certainly enjoyed my trip to Italy, the fabulous food, and the peek into small town Italian life.  A perfect summer read.

Rating;  7/10 for pure escapism, and a novel that makes you itch to get in the kitchen.

Available in paperback and e-book at the end of July, 2016. 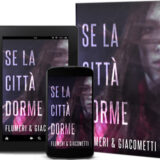 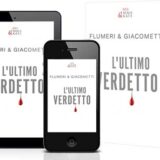 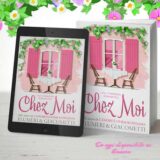 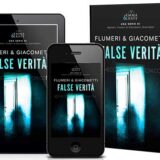 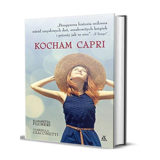